J.R.R. Tolkien was a premier scholar on Anglo-Saxon literature. It is to be observed that some of those influences would work their way into Tolkien’s works. Author Bob Borsley dives into the ways Tolkien was influenced by this body of literature. The first influence, Borsley finds, is the elegiac mood throughout the Lord of the Rings. People often look back to the past with regret or sorrow - a remembrance of a better time. It permeates all characters (except, mostly, the Hobbits, though there are still examples of their elegiac moods), regardless of race or background. The men of Gondor, the Dwarves, the Elves…they all look back and reflect in sadness at what once was. A second influence is the heroic spirit presented in Anglo-Saxon literature. This heroic spirit is expressed simply – unwavering courage in front of a great foe and overwhelming odds, and loyalty to ones allies and master. This is surely shown, Borsley contends, with Sam and Frodo’s journey through Mt. Doom. The next influence is that of “lof” – which translates to “fame after death”, or “glory”. The idea of having a story told is present throughout all of the Lord of the Rings – Sam says to Frodo “what a tale we have been in, My Frodo! I wish I could hear it told”. The next influence is that of “Wyrd”, which means fate, or personal destiny. The concept of destiny is apparent throughout the books – Denethor, for instance, believes it is his doom (which, in this instance, is the same as destiny) to have his house ruined. More so, Borsley believes that it was destiny in which Bilbo found the ring. Borsley then notes some more specific examples of influence, especially in the Rohirrim poetry. It is heavily modeled after Anglo-Saxon poetry, specifically “The Wanderer”. Superficially, Borsley notes, that the names of the Rohirrim are based on Anglo-Saxon names. Théoden, for example, is derived from the word for prince, or king. Additionally, in Anglo-Saxon literature, the term king is applied after the name, so it is not King Théoden, but Théoden King. 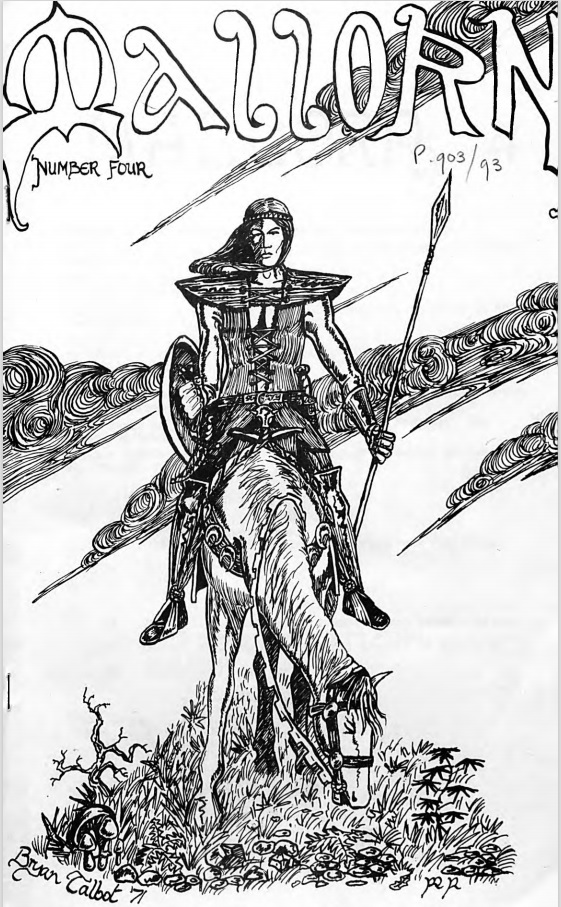 Borsley, B. “Notes on the Influence of Anglo-Saxon Literature on The Lord of the Rings”. Mallorn: The Journal of the Tolkien Society, no. 4, Sept. 1971, pp. 19-28, https://journals.tolkiensociety.org/mallorn/article/view/265.
Download Citation