The Religion of a Hobbit

In this article, Took, explores what the religion of the Hobbits may look like. Their religion is not stated in the Lord of the Rings, the Hobbit, or in any of the expanded materials, so Took does her best to look to their lifestyle and the religion of others to see what assumptions can be made. She believes that because they are so closely modeled after the English country folk, their society could not be complete without a church, the church bells, and the solemn walk once a week to the pews. She then talks of the Elven and Mannish religions, describing it as more of a history and Theogony rather than dogma. She affirms that the Valar were in control of elves and men, but were themselves not supreme beings, since there were things they could not do or achieve. There are some comparisons Took makes of the Valar and Christianity, such as the fall of man, and the evil Morgoth as an antagonist to the Valar similar to that of the devil. The closest of the Valar to men and elves is Elberath Gilthoniel, also known as the Star Bride, or Vanda. However, the Hobbits do not seem to have knowledge of this apparent deity. What Took does find is that the Hobbits have their days relating to natural occurrences, such as the stars, the moon, the sun, the Two Trees, the sea, and the High Omes. 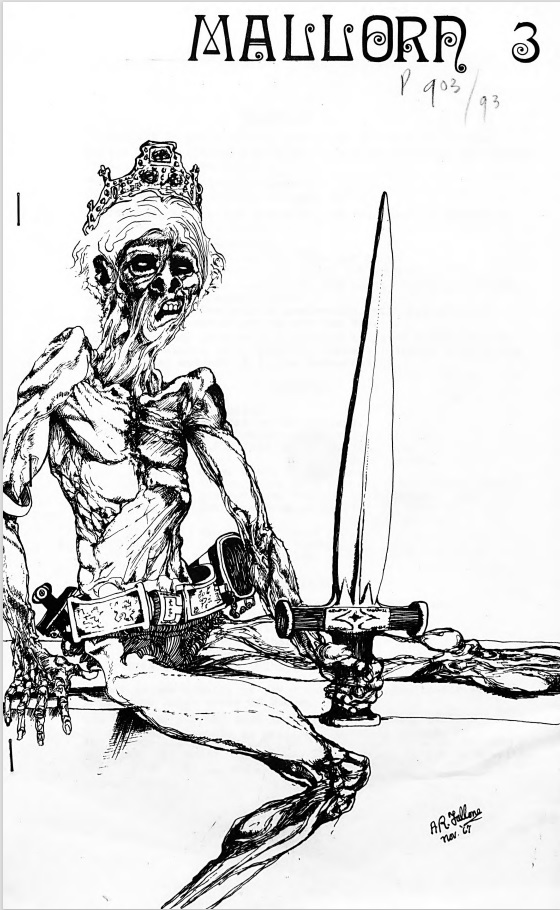 Chapman, V. “The Religion of a Hobbit”. Mallorn: The Journal of the Tolkien Society, no. 3, May 1971, pp. 15-16, https://journals.tolkiensociety.org/mallorn/article/view/264.
Download Citation